ANGELS AGAINST THE SUN

A WWII Saga of Grunts, Grit, and Brotherhood

The 11th Airborne—nicknamed ‘The Angels’— were trained to enter combat via airdrop: by parachutes and engineless gliders. They were one of five such divisions created by the US Army during the war and the only one sent to the Pacific theater. There they were pitted against two merciless foes: the Imperial Japanese Army and the combined forces of monsoons, swamps, insects, mud, privation and disease. The Angels’ combat operations were some of the most dramatic of the war, ranging from miserable jungle battles to the gritty urban combat required to push the Japanese out of Manila, the Philippine’s capital city of almost a million inhabitants.

Based on exhaustive archival research, including interviews, letters, and diaries, Angels Against the Sun takes readers on a soldier’s journey from the routine of stateside training to the diversions of football, boxing and distilling moonshine before descending into the hardships and tragedies of war. Written in an engaging, character-driven, narrative-style, the book provides readers with the human perspective of little-known aspects of the war in the Pacific.

Table of Contents (Jump to Topic)

PRAISE FOR THE BOOK

These authors were kind enough to offer their reviews of the book.

“General Douglas MacArthur, driven from the Philippines at the start of World War II, famously vowed to return—and James M. Fenelon has captured that epic slugfest in magnificent detail. In his extraordinary new book Angels Against the Sun, Fenelon drops readers into the heart of the fight in a story filled with banzai charges, jungle warfare, and the block-by-block battle to retake Manila, the former Pearl of the Orient. His laser focus on the story of the 11th Airborne Division illuminates the commanders and the grunts who battled not only a fanatical enemy but also the sweltering tropical landscape, insects, and disease. Angels Against the Sun is both a testament to the fortitude of these daring soldiers as well as a helluva great read.”

“A fierce must read for any history buff! The 11th Airborne Division are the forgotten paratroopers of WWII. While other parachute units fought in Europe as welcoming liberators, James Fenelon describes how the 11th Airborne slugged out against a fanatical enemy in the Philippine jungles. This book is for any WWII enthusiast who wants to discover the little known history of those who wore jump wings and glider badges in the Pacific.”

“When one envisions paratrooper exploits during the Second World War, thoughts tend to immediately drift to the battle-scarred landscapes of Normandy or Holland. James Fenelon, however, rightfully underscores that our collective memory of 1940s airborne heroics should be much broader. This fast-paced narrative effectively blends the real-world paratrooper perspectives of the author with a valuable assortment of historical records. The end result is a gripping tale that sheds light on an outfit whose deeds have too often been neglected.”

— Jared Frederick, co-author of Fierce Valor: The True Story of Ronald Speirs and his Band of Brothers

“A riveting, superb account of extraordinarily courageous American airborne troops in some of the toughest fighting of the Pacific War.”

— Alex Kershaw, author of Against All Odds and The Longest Winter

These are just a few of the 11th Airborne Division troopers in Angels Against the Sun. 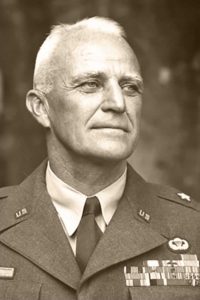 Swing, commissioned upon graduation from West Point in 1912, took command of the 11th Airborne Division at the time of its formation in early 1943 at Camp Mackall, North Carolina. A First World War veteran, the fifty-year-old general led a division of troopers whose average age was nineteen. 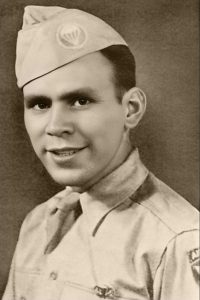 A twenty-two-year-old Mexican-American from Chicago, Pérez was posthumously awarded the Congressional Medal of Honor for actions during the battle for Manila. In a one-man assault, Pérez single handedly shot, blew up, stabbed or beat to death twenty-three of the enemy. 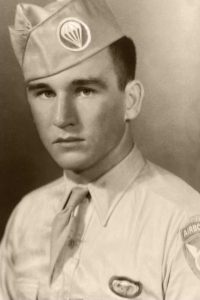 Raised during the depression on a Virginia peanut farm without indoor plumbing, Lowe had a workmanlike childhood that served him well in the Army. Promoted through the ranks, he led a machinegun platoon through two campaigns and multiple banzai attacks before losing an eye to Japanese shrapnel. 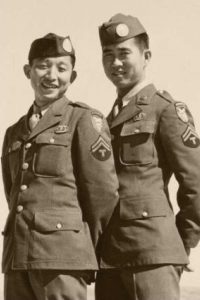 A second-generation Japanese-American, Yoshida (left) volunteered twice: first to enlist and again for parachute school. He was a member of the Angels’ intelligence section responsible for interrogating prisoners, translating captured documents and intercepting enemy radio transmissions. 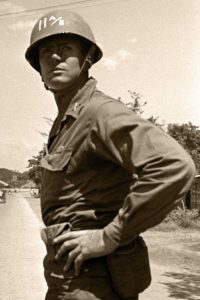 Mesereau’s experiences bookend the Angels’ campaign in the Pacific: as a captain, he led his company into battle on the division’s first day of combat. At war’s end, promoted to major, he was present on the deck of the USS Missouri for Japan’s formal surrender.

Question: What inspired you to write the book?

My first book recounted the story of the 17th Airborne Division so it seemed natural that for my second effort I should chronicle another of the lesser-known airborne units. Additionally, I found it a personal challenge to switch from the European theater to the Pacific. So, it was the combined appeal of shedding light on an overlooked Army unit in a theater typically associated with the Marine Corps that motivated me.

Coincidently, the US Army recently reactivated the 11th Airborne Division in Alaska, which not only validates the continued necessity of the airborne capability, but also provides a continuation of the historic legacy started in early 1943.

Question: Could you tell us where the book picks up and what is covered?

James: The book is largely chronological, starting with the formation of the division in 1943. Readers follow the troopers through their training, which includes runs up the fabled Mount Currahee, made famous by the 101st’s Band of Brothers. After several delays, the Angels are sent to New Guinea and then to the Philippines for their first combat. Their campaign ranged from the Leyte jungles, to Manila’s urban sprawl, to Luzon’s mountains and finally to Japan where the Angels landed in the vanguard of the occupation—several days before the formal surrender, as a matter of fact.