Four Hours of Fury’s epic narrative follows the American 17th Airborne Division as they survive a bloody tune-up in the Battle of the Bulge and then prepare for Operation Varsity, an airdrop that rivaled Normandy’s in scale and complexity.  Indeed, the planning was so massive that the element of surprise was lost—which meant that thousands of the Third Reich’s soldiers were ready and waiting for the Allied paratroopers and glider riders when they flew over the Rhine River for their drop.

Table of Contents (Jump to Topic)

To learn more about Four Hours of Fury, watch this short video that provides an overview of the book’s narrative and the epic events that took place on March 24, 1945 when the Allies crossed the Rhine River.

This short video provides an overview of the book’s narrative and the epic events that took place on March 24, 1945.

PRAISE FOR THE BOOK

These authors were kind enough to offer their reviews of the book.

“In an era in which there is no shortage of books recounting military exploits, Four Hours of Fury stands out as among the best. James Fenelon’s analysis and description of Operation VARSITY—the largest single-day airborne drop in history—is exceptional. He examines all of the battle’s various aspects: from Allied and German High Command strategy conferences, to the logistics of dropping tens of thousands of soldiers behind enemy lines, to the experiences of the paratroopers and glider soldiers in the air and on the ground… An extraordinary story well told.”

— Peter R. Mansor, author of The GI Offensive in Europe: The Triumph of American Infantry Divisions, 1941–1945

“Fenelon has fashioned a mirror of hell…Four Hours of Fury helps us see deeply into this little known but critical fight to the death that led to an Allied breakout after D-Day. It’s a must read for anyone interested in the many forms heroism can take.”

— Winston Groom, author of Forrest Gump, The Aviators, and The Generals

“Masterfully researched and written with a novelist’s eye for detail, Four Hours of Fury hurls readers into the heart of one of World War II’s most ferocious fights. . . . Readers will feel the buzz of bullets overhead, smell the vomit in the back of cramped plywood gliders, and duck as the enemy’s artillery thunders. [This] is one helluva combat story.”

“Compellingly chronicles one of the least studied great episodes of World War II with power and authority….A riveting read [that] adds immensely to our understanding of the war’s largest airdrop.”

— Donald L. Miller, author of Masters of the Air: America’s Bomber Boys Who Fought the Air War Against Nazi Germany

“Diving into Four Hours of Fury is like opening the jump door on a C-46 transport high over Germany in March of 1945. You’re an Allied paratrooper and the Rhine is fast approaching. Waiting are 55,000 Wehrmacht soldiers anxious to make sure you don’t finish the day alive. Your orders are stark: Keep taking ground! A former US Army paratrooper, James Fenelon brings this story of the war’s largest airborne assault to life as only he can, using the voices of the men who were there to deliver heart-pounding realism. The book is a gripping reminder that the crash of war is at its most deafening just before the end.”

— Adam Makos, author of Spearhead: An American Tank Gunner, His Enemy, and a Collision of Lives in World War II

These are just a few of the heroes of Operation VARSITY featured in Four Hours of Fury. 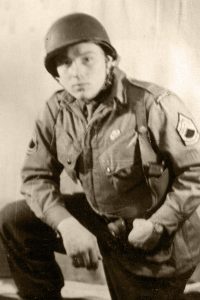 Specialist First Class Helmut Steltermann: An American of German descent, Steltermann volunteered to join the OSS; a veteran of several behind-the-lines missions, he and a fellow agent will land with the spearhead element disguised in Nazi uniforms in order to conduct their reconnaissance mission. 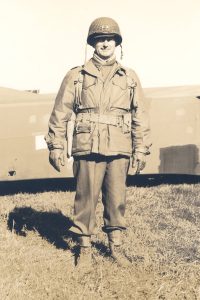 Major-General William ‘Bud’ Miley: The quiet commander of the 17th Airborne leads by example; an experienced paratrooper who commanded the Army’s first airborne battalion in 1941, he now prepares to lead his division in its first airborne assault. 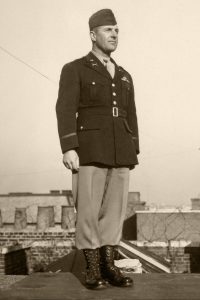 The divisive commander of the Ruffians—known by his knick-name “Little Caesar”—is an experienced combat officer having led America’s first parachute assault into North Africa; now he will lead his men into Germany by jumping from the first aircraft across the Rhine. 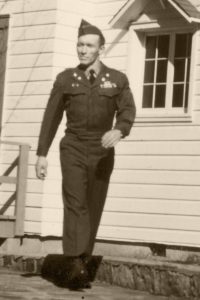 Sergeant John Chester: A swaggering paratrooper and section chief in the 466th Parachute Field Artillery Battalion; Chester is the twenty-four-year-old son of a depression-era farmer. Obsessive in his pursuit of training, he relentlessly prepares his gun crew for their next mission. 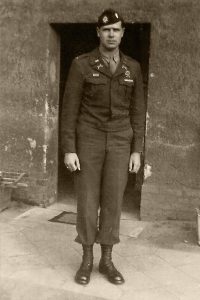 Second-Lieutenant Frank Dillon: A platoon leader in the 194th Glider Infantry Regiment; Dillon is a twenty-four-year-old forestry major from Ohio who arrived in England just in time to participate in the Battle of the Bulge during which the Germans whittled his forty-man platoon down to just twelve.

Question: What inspired you to write the book?

James: After leaving the military in 1999 and being subsequently inspired by the dearth of public information about Operation Varsity, I started a multi-year quest to document the experiences of the 17th Airborne Division. I spent the next decade interviewing dozens of Varsity veterans and scouring for period documents in the US National Archives, the Army Historical Institute, the Silent Wings Glider Pilot museum, the National Archives of the United Kingdom, and the Imperial War Museum.

What I gained from all that research was the material to chronicle the operation from the most compelling perspective, that of the average Joe: the guy crammed into the back of a C-47 or throwing up in the bouncing cargo hold of a canvas-covered glider. These were the guys that ultimately brought the Third Reich to its knees, and all too often paid the price with their lives. It’s their story I wanted to tell.

Question: Could you tell us where the book picks up and what is covered?

James: Four Hours of Fury begins with the American 17th Airborne Division withdrawing from combat in Belgium after several weeks of heavy fighting. They had their baptism of fire in the Battle of the Bulge and were pulled back to rest camps in France to recover and integrate 4,000 new men to make up for their casualties. In the spring of 1945, the Allies were closing in on Germany, with the last great obstacle being the 400 yard-wide Rhine River. The Americans had crossed it on the fly at Remagen, but the main Allied effort was to be led by the British Field Marshal Montgomery near Wesel.

The book’s narrative recounts the 17th Airborne troopers’ experiences as they trained and prepared for their drop into Germany—the largest single-day airborne operation of the war. Their preparations are juxtaposed against those of the Germans, who through their reconnaissance efforts were aware the Allies would use paratroopers and glider infantry as part of their assault crossing. Through effective radio propaganda, the Germans made it known to the Allies that they were expecting them.